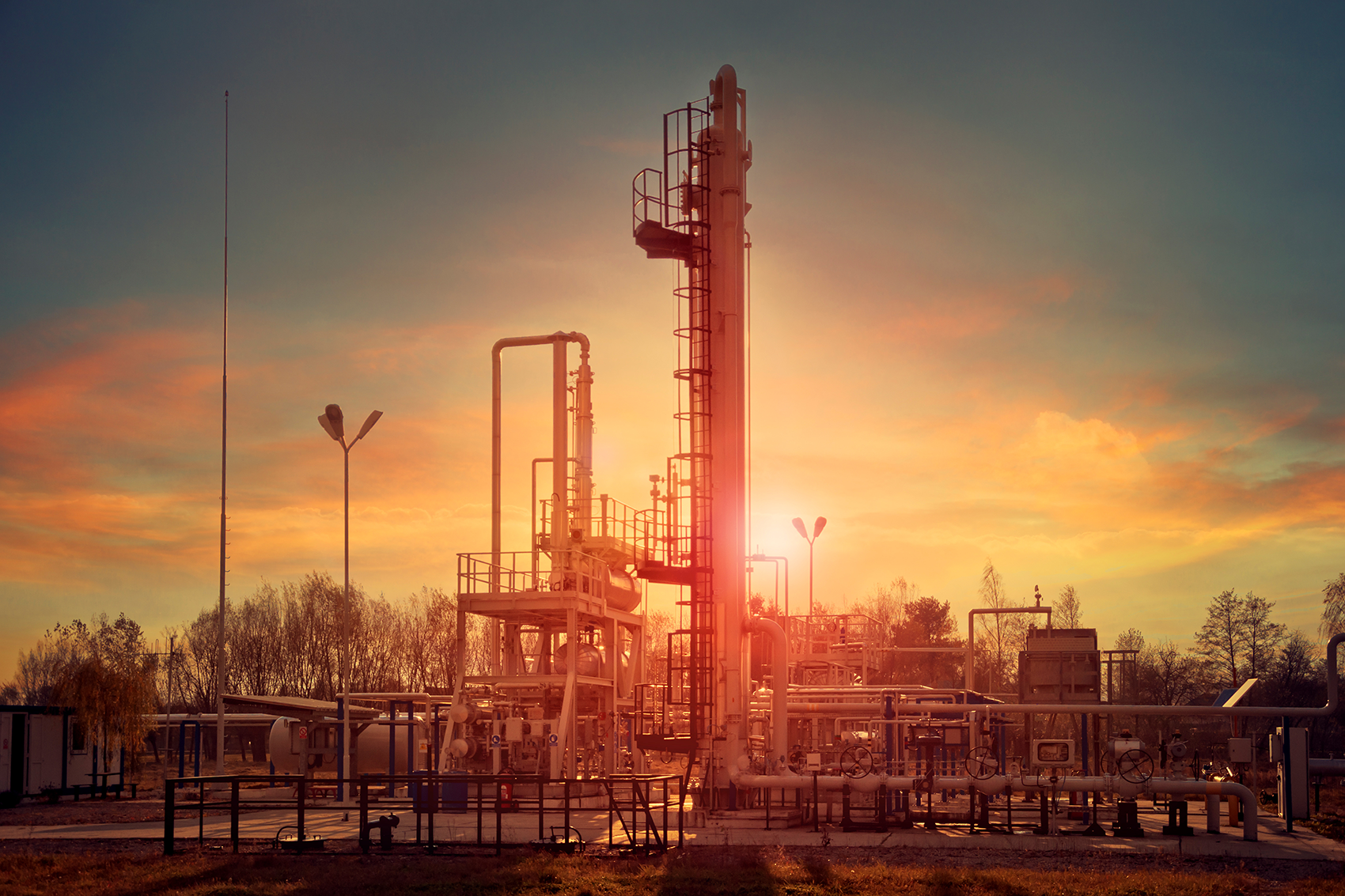 If you want to understand the climate fight in California, you need to know about SoCalGas. The Southern California affiliate of Sempra — the nation’s largest natural gas utility company —  has emerged as perhaps the leading opponent of the next logical steps to fight climate change and pollution in California. They are pioneers of a new and more deceptive kind of opposition to climate action, using front groups and lobbying tactics to push state legislators to carve out special policies that advance a pro-gas agenda.

California is moving toward the adoption of clean energy, like solar and wind, and transitioning to 100 percent clean energy enjoys remarkably broad public support: the decisive majority of Californians strongly support policies to shift the electrical grid to run on 100 percent renewable energy by 2035. And as the state grapples with fires, droughts, and other immediate impacts of climate change, the need to phase in clean energy, rather than doubling down on dirty energy, is urgent.

As clean energy is increasingly available and affordable, we all want to see it powering more of our lives, including zero-emission cars and new technologies to heat and cool our homes. This will benefit Californians’ health, the economy, and the environment, but it’s a fundamental problem for SoCalGas. SoCalGas only sells gas to its customers, unlike some other utilities or companies that also supply electricity or other forms of clean energy. This explains their desperation to slow California’s transition to renewable energy.

It also defines the stakes in California’s climate debate by pitting the interests of consumers, energy workers, and our environment against narrow corporate interests.

Funding affiliated front groups to oppose or delay climate policies geared toward phasing out use of natural gas in California — SoCalGas helped create the astroturf group Californians for Balanced Energy Solutions (C4BES), misusing using ratepayer money to help fund the launch. The group, which described itself as a non-profit coalition of “families, small and large commercial businesses, industrial users, local governments,” was actually a front group furthering SoCalGas’ agenda of opposing clean energy and advocating for California’s continued dependence on fossil fuels and natural gas. Instead of recruiting true allies, after SoCalGas created the group, they populated it with “supporters” — politicians and leaders from minority communities who SoCalGas specifically recruited to speak out in favor of the effort — leveraging that orchestrated support to advance its pro-fossil fuel agenda. C4BES is now defunct, after the Public Advocate’s Office exposed the astroturf group and ordered the California Public Utilities Commission to investigate the relationship between SoCalGas and C4BES.

Opposing or delaying commonsense, cost-effective, and lifesaving climate policies to protect their own profits – In 2017, SoCalGas lobbied against electric vehicles and emissions standards, arguing that policymakers should prioritize natural gas vehicles. In 2020, SoCalGas sued the State of California in an attempt to overturn a mandate aiming to reduce air pollution by putting 300,000 zero-emission trucks on the road by 2035. The lawsuit, filed by the California Natural Gas Vehicle Coalition — of which SoCalGas is one of two charter members — argued that “the California Energy Commission has failed to promote natural gas as required by state law.” A recent Harvard study estimated that more than 34,000 Californians died prematurely as a result of fossil fuel pollution in 2018 alone, yet SoCalGas and other companies continue to push dirty fuels on our communities.

Using ratepayer money to fund anti-climate lobbying— Advocates uncovered that SoCalGas used ratepayer money to try to block federal energy efficiency standards and other programs that would reduce pollution and save their customers money. In 2019, SoCalGas authorized use of nearly $28 million for “balanced energy” activities, characterized those activities as operations and maintenance expenditures, and billed them to their customers. But, in reality, that money funded the anti-climate lobbying effort to prevent cities from gradually phasing out fossil fuel use. And while “balanced energy solutions” might imply that SoCalGas prioritizes giving consumers access to a variety of energy options, the reality is that SoCalGas only supplies gas. SoCalGas originally denied the claims but when pressed by a consumer watchdog group, they acknowledged that some ratepayer money did go toward these lobbying efforts. SoCalGas claimed this was simply an “inadvertent accounting error.” A $28 million accounting error, apparently. In a positive step toward holding the company accountable, California officials recently fined SoCalGas nearly $10 million for using customers’ money to pay for their anti-climate campaigns and lobbying efforts.

Creating confusion and trying to cut themselves special deals through policy proposals — Trucks make up just 4% of vehicles on U.S. roads, but they are responsible for nearly 7% of all greenhouse gas emissions in the U.S., as well as half of the nitrogen oxide emissions and 60% of the fine particulates emitted from all vehicles. As part of their last-ditch effort to undermine California’s transition away from fossil fuels, SoCalGas launched the Advanced Clean Trucks Now Los Angeles (ACT NOW LA) campaign in 2017, arguing that the state should invest in gas-powered vehicles over zero-emission electric vehicles (EVs). SoCalGas’ claim that gas trucks are the “best way to reduce heavy-duty trucking emissions” is nonsensical, but has continued even after the huge advances electric vehicles have made in recent years. They know that EVs are undoubtedly the best solution to reducing vehicle emissions, but they continue to push false solutions to create public confusion and help their own outdated business model.

Recruiting local politicians and minority groups to promote fossil fuels through lobbying efforts and monetary contributions —  In 2017, SoCalGas enlisted politicians of color and paid local residents to promote fossil fuels at the ports of Los Angeles and Long Beach ahead of the port officials’ vote on its Clean Air Action Plan. Many of the campaigners, who had been told they were “‘standing up for sustainability’ as part of an environmental campaign,” weren’t aware that they were actually taking part in an industry campaign to promote fossil fuels and “near-zero” trucks. At around the same time, SoCalGas worked with Imprenta Communications Group (an agency that claims to “empower communities of color by giving them a “voice”) to recruit Latino/a and Asian American politicians to promote the oil and gas agenda, through a “well-coordinated operation” that involved “writing gas-friendly remarks for politicians, making campaign contributions to those who delivered talking points, and sending [SoCalGas’] own speakers to public meetings.”

Using their political influence and making campaign contributions to push legislators to carve out special policies that only benefit the fossil fuel industry — The vast majority of legislative Democrats in California, many of whom claim to have a pro-environment platform, took contributions from Sempra (SoCalGas’ parent company) in the past five years. While it’s not altogether uncommon for legislators on both sides of the aisle to take utility money, Sempra isn’t just another utility, and their political contributions (over $1.5 million in 2021 alone) are especially troubling given SoCalGas’ history of actively attempting to stall California’s climate progress. Meanwhile, key climate bills like The California Climate Crisis Act have died on the legislative floor as California lawmakers who are the recipients of these contributions refuse opportunities to make concrete progress on climate change.

Every day of delay on climate action costs us. California could save over a thousand lives per year by powering our buildings and homes with clean electricity instead of natural gas. SoCalGas executives know that. But they also know that as long as our economy and our communities burn dirty fuels, they can continue to pollute and profit a little longer.